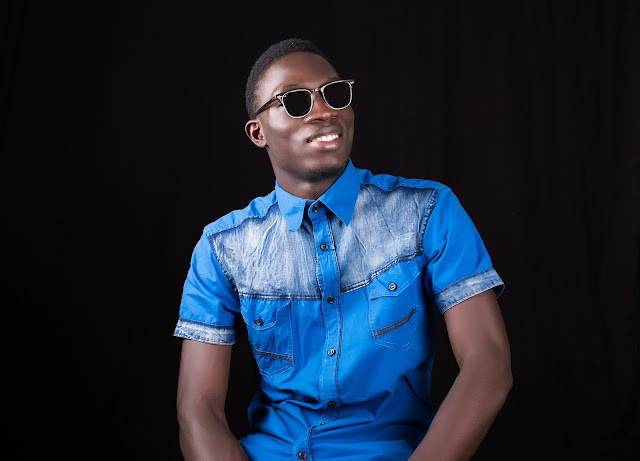 "And the winner is... Gr8man" a line I stole from notjustok.com. A line that constantly reminds me of how hard he has worked and how humble he has remained, despite the obvious excuse to be arrogant and disrespectful as is the known character of some persons who have been told repeatedly of their talent and abilities.

Gr8man on his way to victory took 75% of the judges votes, 8.69% of the public poll and 41. 845% overall to emerge the winner. He will be joined by Angeloh who came second with 40.565% on the trip to Hollywood, California USA. However, it is Limoblaze who clinched the 3rd position and the cash prize of $500. - notjustok.com

Gr8man was born Takiti Ademola on the 11th of March, 1992 and the first born of 3 children (all boys). He has always been a lover of music and art since the age of seven and he has journeyed in these lines (to the best of his knowledge), started at about that same period of his life. The 23 year old rap prodigy “Gr8man” is identified as a good singer until 2009 (In SS3) when he discovered he could rap. He reveals the circumstances that led to the discovery in a brief interview.

Musically he’s been with Soulbrother entertainments which is lead by Donsam since 2013, he has released two singles titled; Ijo “prod. By Donsam” and Farawemi “Prod. by Gospel on d beatz” respectively. Gr8man aka GreatieBaba before now has also featured in the project “Gospel on d streets”. 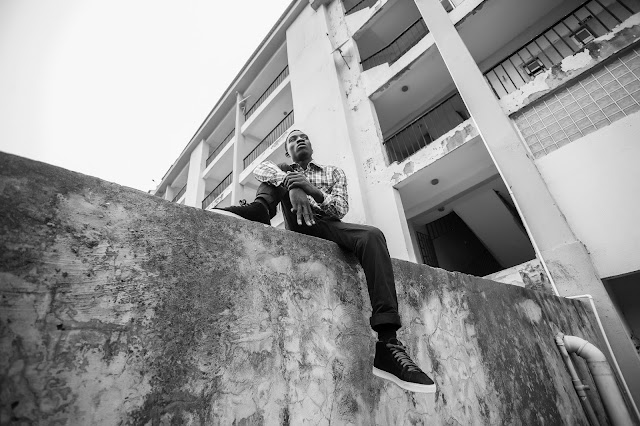 So I am chilling with Greatman, who has affiliation with YWAP (Youth With A Purpose), SOS (School Of The Spirit), BLW (Believers Love World) and few others. He totally has a sense of humor which doesn't replace his commitment and seriousness when it comes to delivery.

In an exclusive interview with the Soul Brother Boy,  he reveals a bit of information for people who probably knew only the fact that he did a song with GospelOnTheBeatz and won the Unstoppable Rap Competition.

However, if you haven't listened to Farawemi, Produced by GospelOfTheBeatz, here is a link for you to enjoy. Also reach out for Ijo Produced by Donsam.

So Greatman! Let's start with the name. How did you decide on a stage name as yours?

It's actually my real name, though there is a story behind it. At  birth I was named Ademola Ezekiel Kayode Jnr. I was called Junior until one day my dad called me and said ''from today your name is Greatman and that's what I will be calling you.'' So Greatman is not really a nick name but my real name. Because of that name, I do get attention from people, even till now, I still do.


Wow! I believe most people didn't know this until now. So, where there any time when people thought you were lying when you told them your real name is Greatman?

Yeah! A lot of times, even now. Sometimes, I have to show them my ATM card or ID card to prove it. I met with a popular artist recently, one Nigerian Artist I admire, and after we were done talking, he suggested I change the name. I believe he thought the name was a nick and not my real name. So when I told him it was my real name, he was a bit surprised. That's just one of many scenarios but it's all good; I like the attention it brings.


Your Experience in YWAP (Youth With A Difference)

It built me up spiritually and skill-wise. It is one of the platforms that majorly built my skill especially my rap. The fact that I met with youths under this umbrella, who are passionate about God and also their skill, challenged me.


Singing for me was something I started at an earlly age. At some point I realized I could sing. I think it started when I was seven. My parents have always been supportive of our arts. I and my siblings are quite gifted in that area. So, there really wasn't any time that my parents discouraged me.


How did rap start for you?

Rap! Rap was ehm, the first time I wrote a rhyme was when I was in JSS 2. I wrote three lines and also in SS2 I rhymed words. But when rap majorly started for me, I was double dared by friends. They said I couldn't rap. I believe that was because I was always known for singing. At first I didn't think I could but somehow, the part of me that didn't like to be dared was stirred and I believe there is nothing relating to art that I'd find difficult if I put my mind to it. So basically, that's just a summary of how it started for me. When I knew I could build a career out of rapping, was when I came in contact with YWAP; those crazy individuals! It is an experience I am grateful for.

At the time I was off the grid, I wasn't in contact with anyone, he was working on his Album GospelOnTheStreetz. He worked with quite a number of artist like Freke, Nuefy, Jumabe and a few others. He needed an artist who had that street vibe so, nuefy put in word for me and I was contacted and that how...


How was the experience?

It was awesome. I was able to work with one of Nigeria's finest producers. It was a good experience.


Generally speaking, it is a very interesting one. There is a lot of profit, competition and also noise. Everybody wants to party because they feel that's what brings in cash.

WHY YOU WILL BECOME WEALTHY

The quote by John D. Rockefeller is enough to wipe away that hope of thinking you can become rich simply by having it as a goal. There ar... 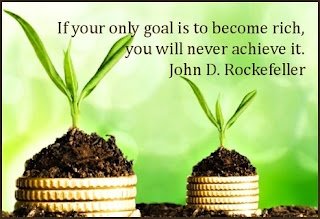 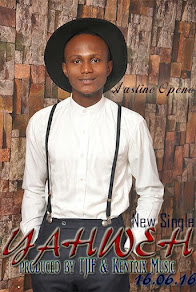 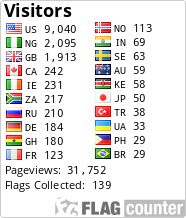